By setting “the pursuit of happiness” as their corporate mission, the Founder of Songtsam Hotels Baima Duoji is showing the world how conserving the Tibetan culture can open doors to the most fascinating of all journeys. 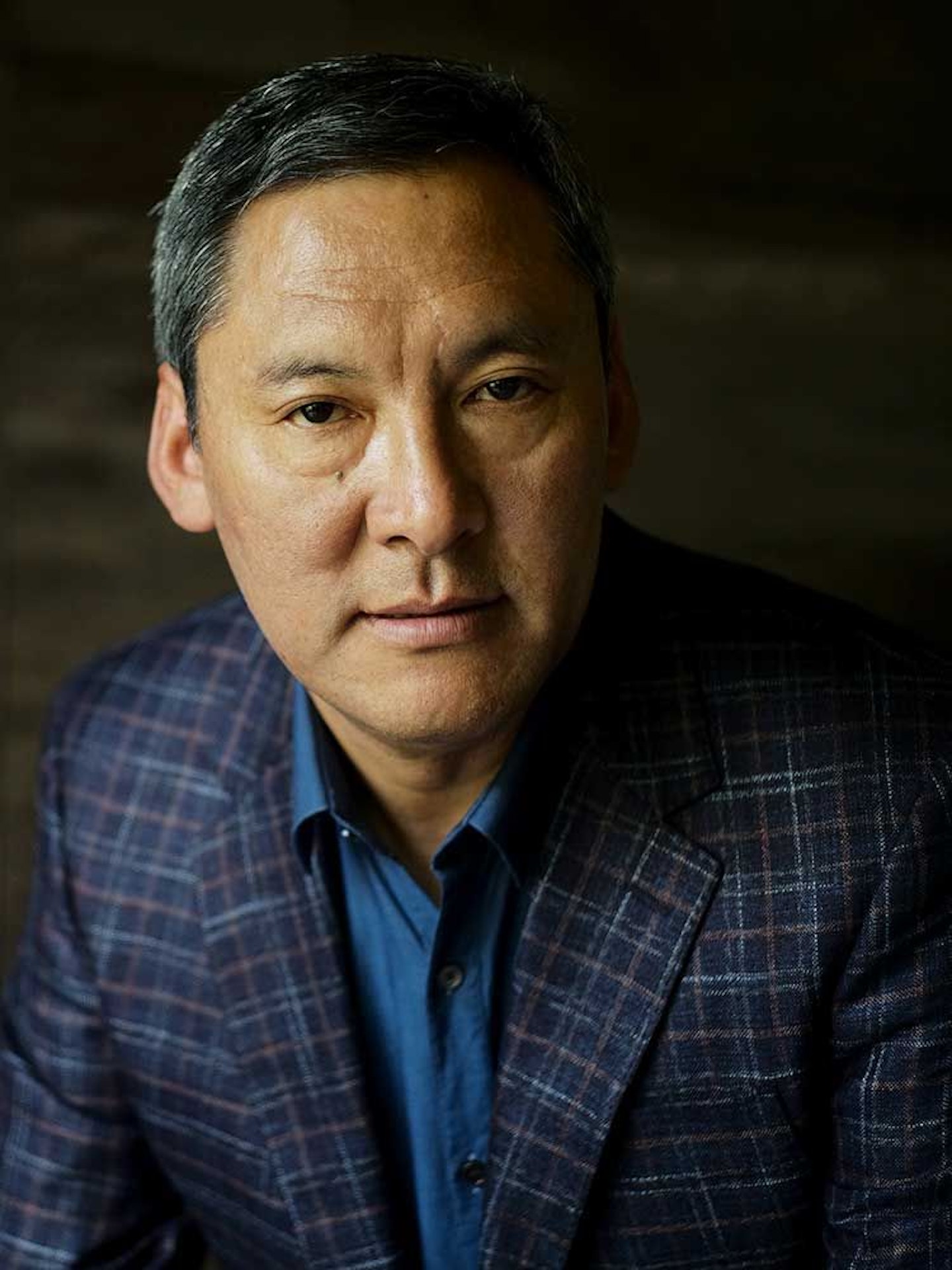 An enduringly happy land isolated from the world, Shangri-La was first described in the 1933 novel Lost Horizon by British author James Hilton. It was a fictional, mystical place situated in a harmonious valley enclosed in the western end of the Kunlun Mountains. Shangri-La has since then become synonymous with any earthly paradise, particularly a mythical Himalayan utopia. But the mystery and fascination around this land have actually spanned millennia, filling the imagination of ancient poets just as much as modern-day explorers. In fact, already in the 4th century a famous Chinese writer had written about a lost paradise in a remote region of Yunnan, where people lived happily and completely cut off from the troubles of the outside world; and many found correlations between Shangri-La and the deep-rooted Tibetan concept of “Shambala”, a spiritual kingdom where man and nature life in perfect balance. In 2001, Shangri-La found its spot on the world map, with the town of Zhongdian in China’s southwestern Yunnan officially changing its name to Shangri-La County. So, while we can now say with a great deal of confidence that Shangri-La does exist, the mystery and fascination around this land is far from disappearing, making it a destination where travel happens in more than just dimension. 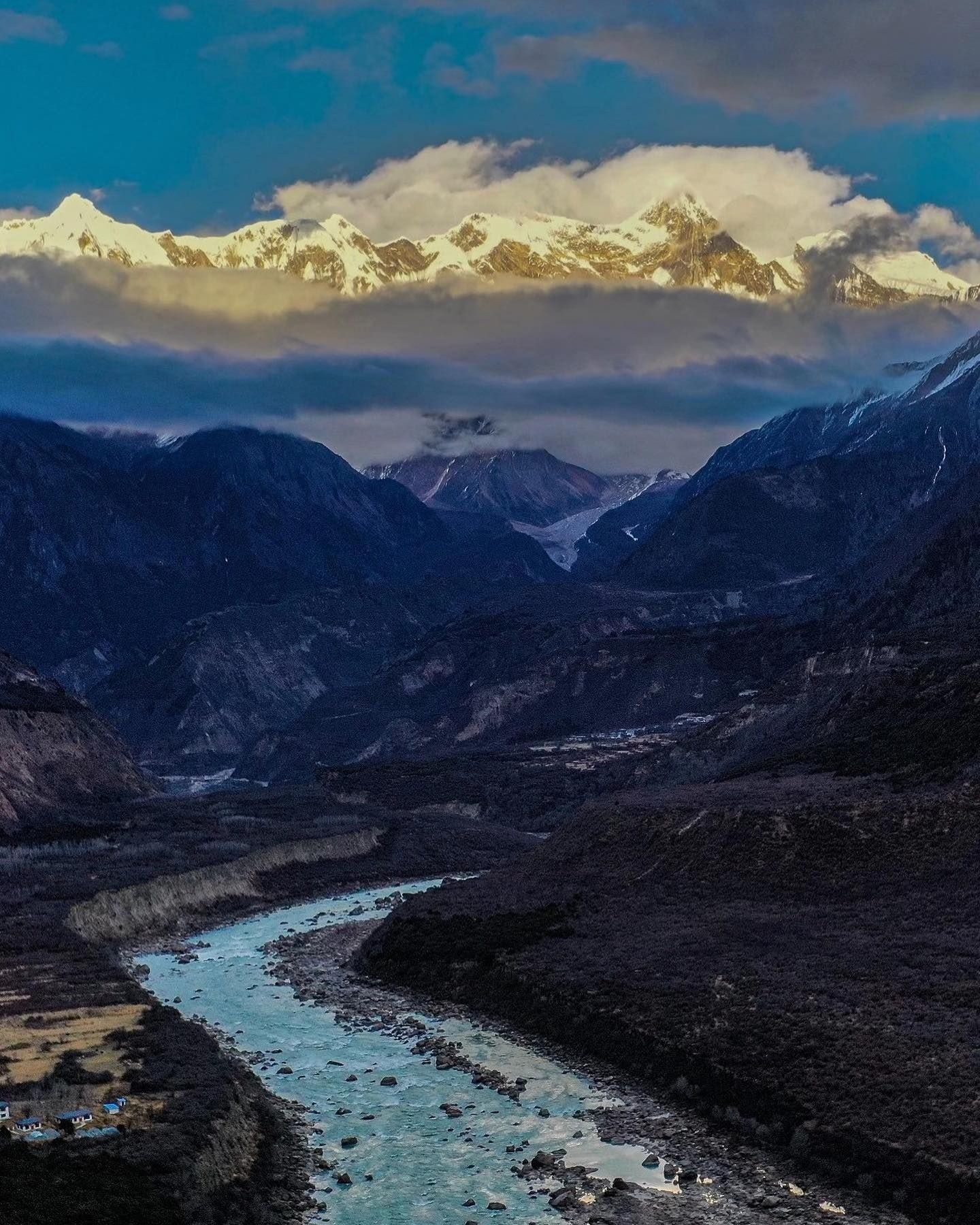 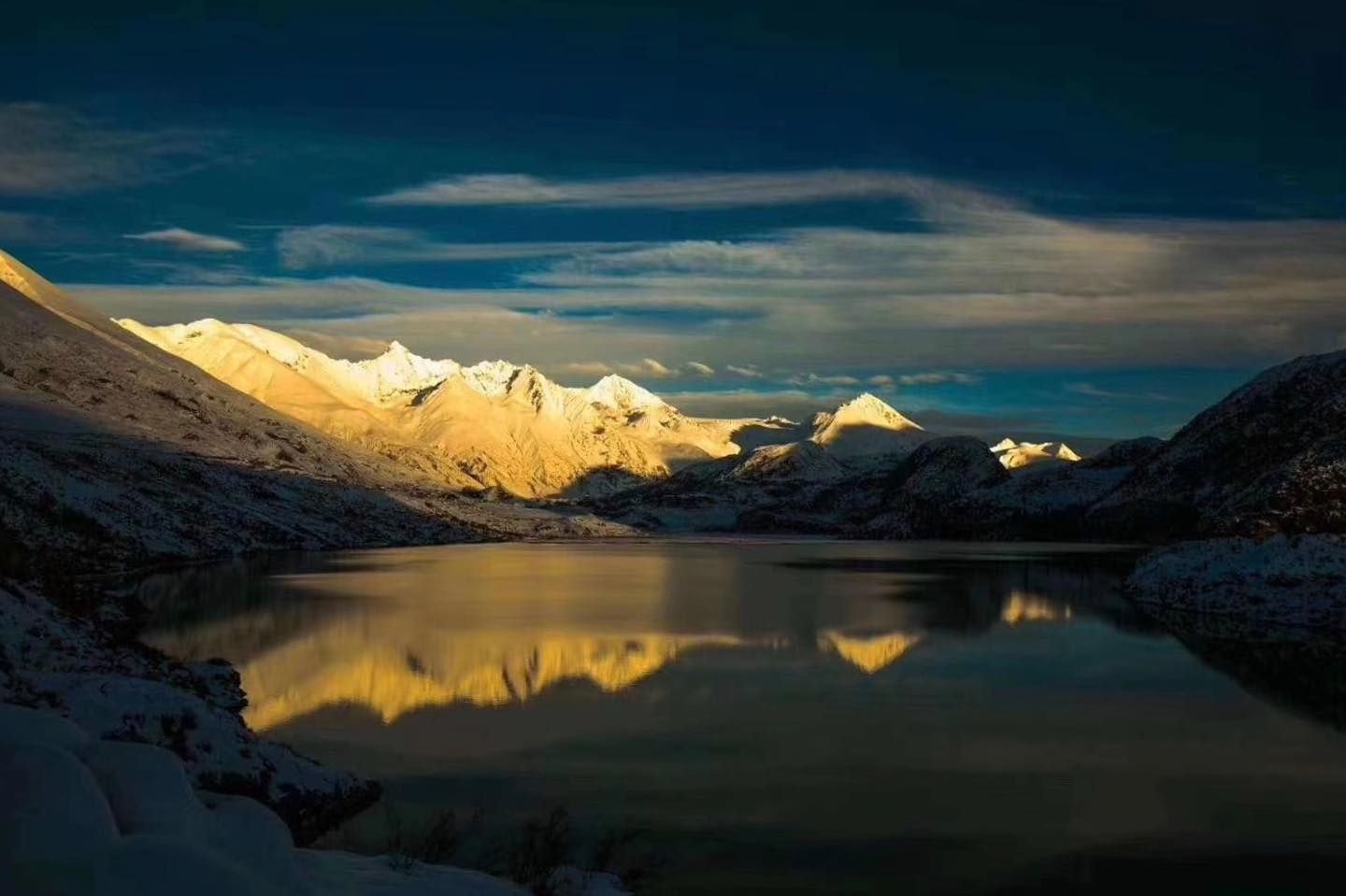 The story of Baima Duoji is the story of a man who was born in Shangri-La, and a wonderful film could be written about it, were it not for the fact that the only film maker here is actually himself. But let us proceed in order.

Baima Duoji was born in the village of Kna. This is where, for centuries, the Tibetan community has gathered to reach the Buddhist temple of Ganden Sumtseling, the most important in the entire region. Baima grew up surrounded by towering snow-capped peaks and breathtaking highland landscapes, breathing in the precepts and stories of Tibetan Buddhist spirituality. From an early age he developed an interest in photography, and started using his camera to capture and narrate the mystical spirit of his homeland. 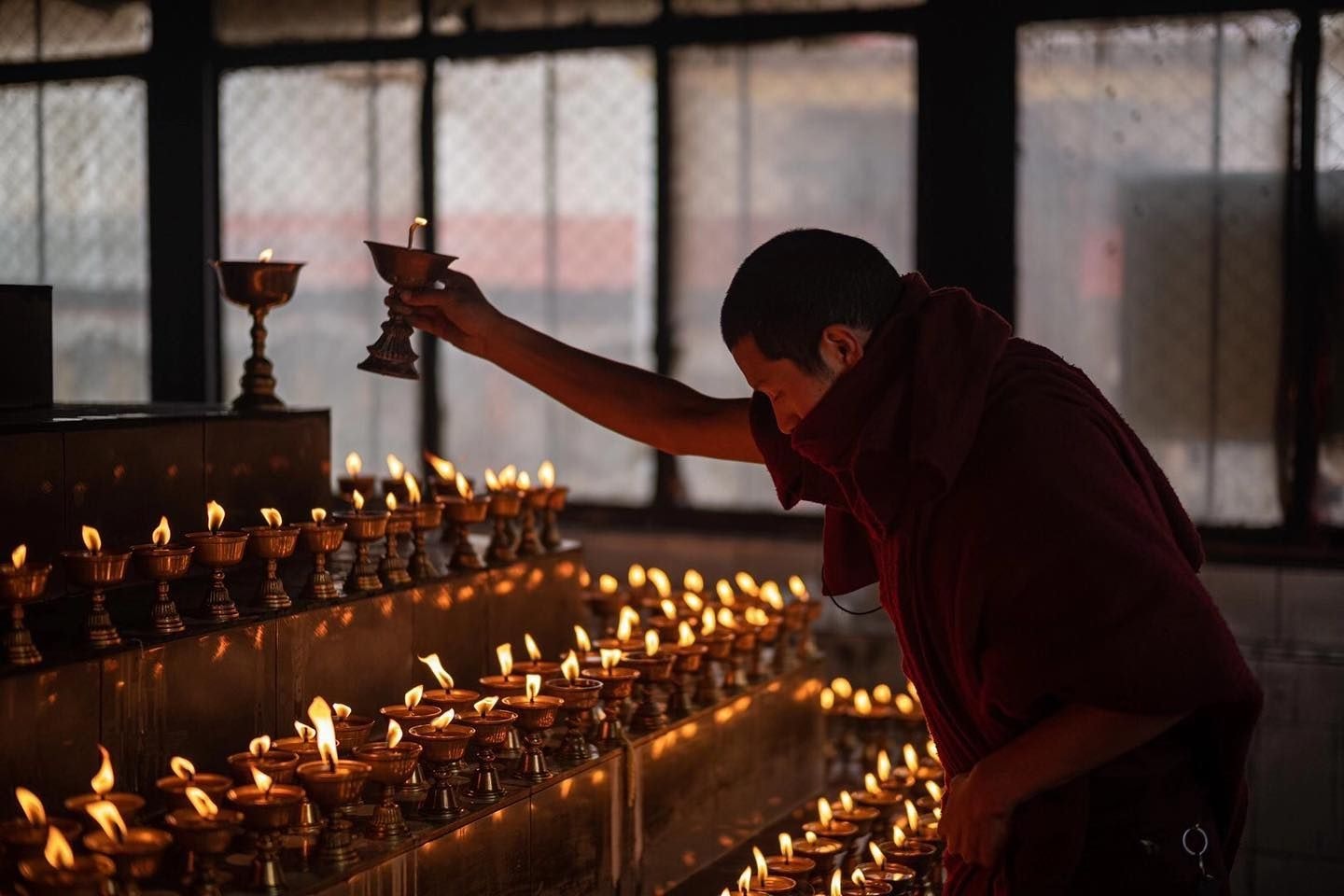 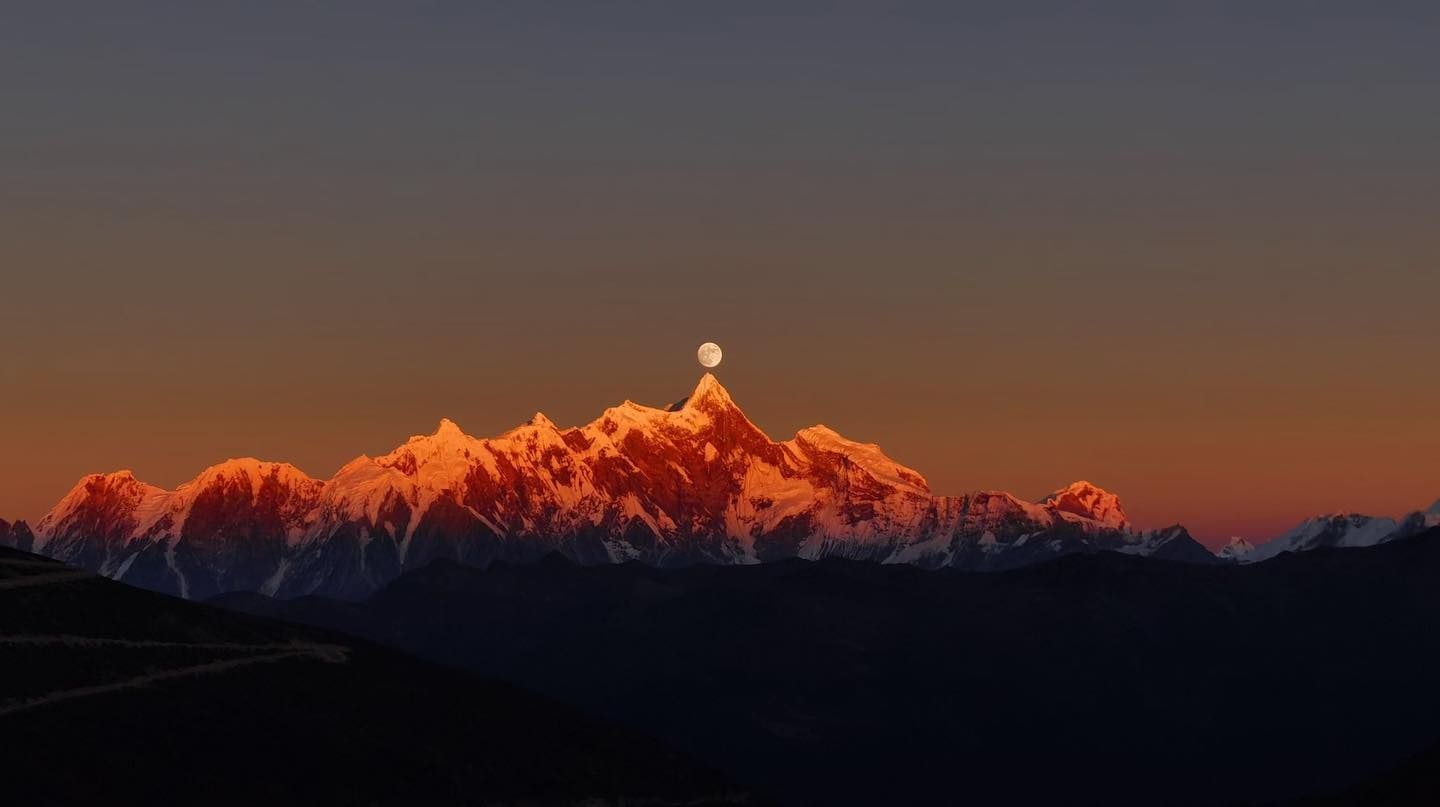 In 1994, Baima was given the opportunity to turn his passion into a career when he worked as a camera assistant on a documentary film "China: Beyond the Clouds" directed by British filmmaker Phil Agland. The experience was so intense and exhilarating that Baima left Yunnan to study film at the Beijing Film Academy, and later got a job at China Central Television (CCTV) as a documentary camera scenario director. It was during this period that Baima realized that the rest of China had a completely misguided idea of Tibetans as vulgar and uncouth people, and decided to spend all his resources, both professional and financial, to spread a truthful image of his people and culture. He produced several documentaries on Tibetan culture that received enormous critical acclaim - one in particular, The Portrait of Mountain, won him the prize for excellence at the Cannes TV festival in 1998.

During his visit to Cannes, Baima became aware of the concept of the 'boutique hotel', an intimate physical space, similar in some ways to a bridge, a gateway to a different culture. His travels abroad had also convinced Baima of the importance of spreading Tibetan culture outside China:

Every culture has wonderful things to offer. Learning about them makes your heart and soul stronger.

When you establish good control of your mind, you can develop your own ideas about many things. And through the process, you'll obtain wisdom.”Soon afterward, Baima returned to his hometown with a new idea: to convert his family home into a boutique hotel. He followed the works directly, paying attention to every detail, from the construction techniques to the decorative motifs, in an attempt to create a cozy and comfortable space that would tell as much as possible about Tibetan culture. 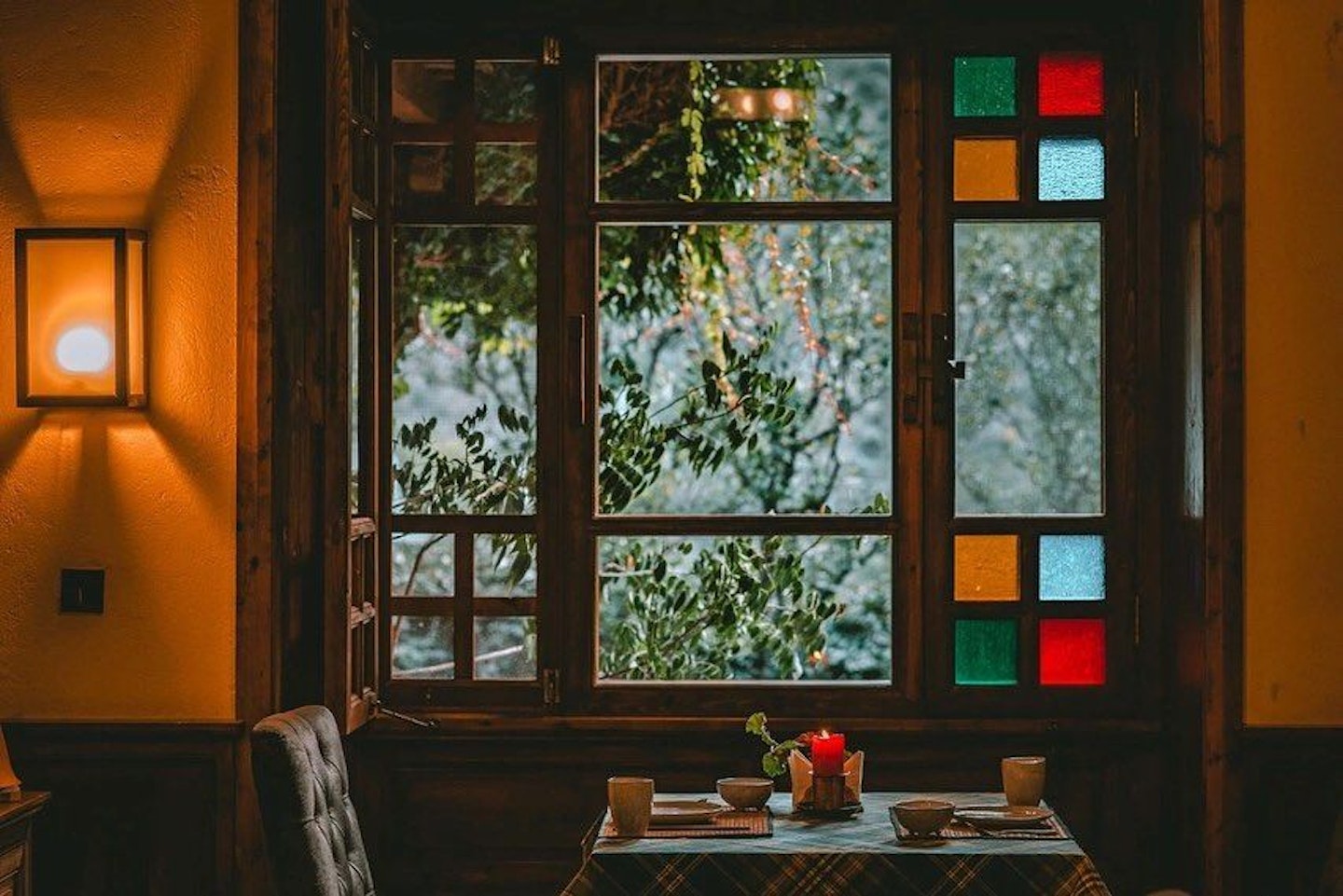 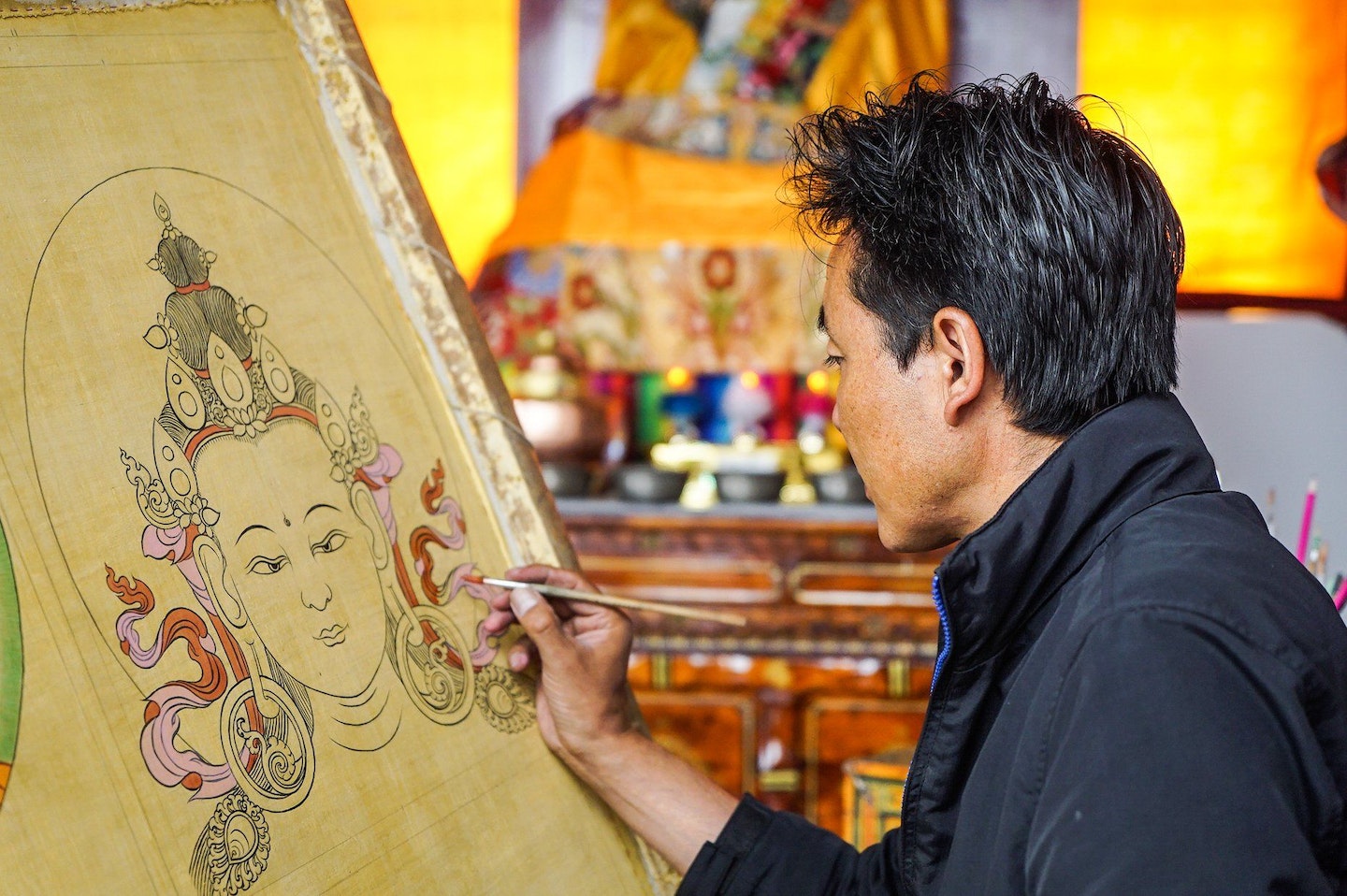 Thus, with the opening of Songtsam Shangri-La Lvgu Lodge in 2001, Baima's adventure in hospitality officially began. He continued to work for CCTV for a few years, leaving the management of the hotel to a third party, until he decided to quit his job and dedicate himself exclusively to the development of his project in Shangri-La.

Guided by a desire to introduce Tibetan culture to the world on the one hand, and to support the small communities in Yunnan on the other, Baima began work on what would become the 'Songtsam Circuit' over the years. The idea behind it was quite simple: to take the traveler on a spiritual exploration along the paths that have shaped Tibetan culture over the centuries. ‘Songtsam' means 'paradise', and 'pursuing the source of happiness' is what Baima describes as the central mission of his project. In his words:

Songtsam's mission is to inspire our guests with the diverse ethnic groups and cultures of the region and to understand how the local people pursue and define happiness, bringing Songtsam guests closer to discovering their own Shangri-La.

At the same time, Songtsam has a strong commitment to sustainability and the preservation of the essence of Tibetan culture by supporting the economic development of the local communities and the environmental conservation within Tibet and Yunnan". 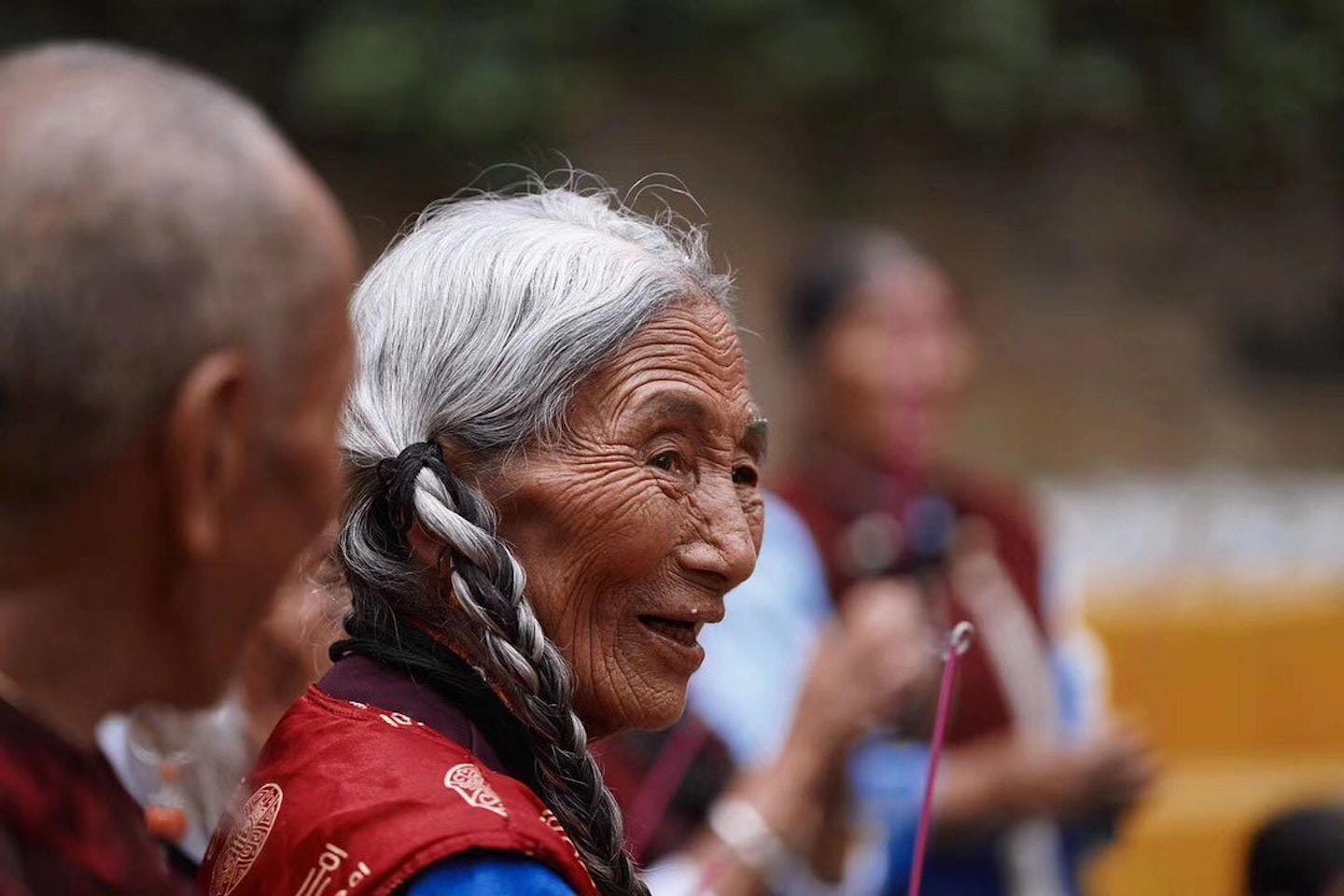 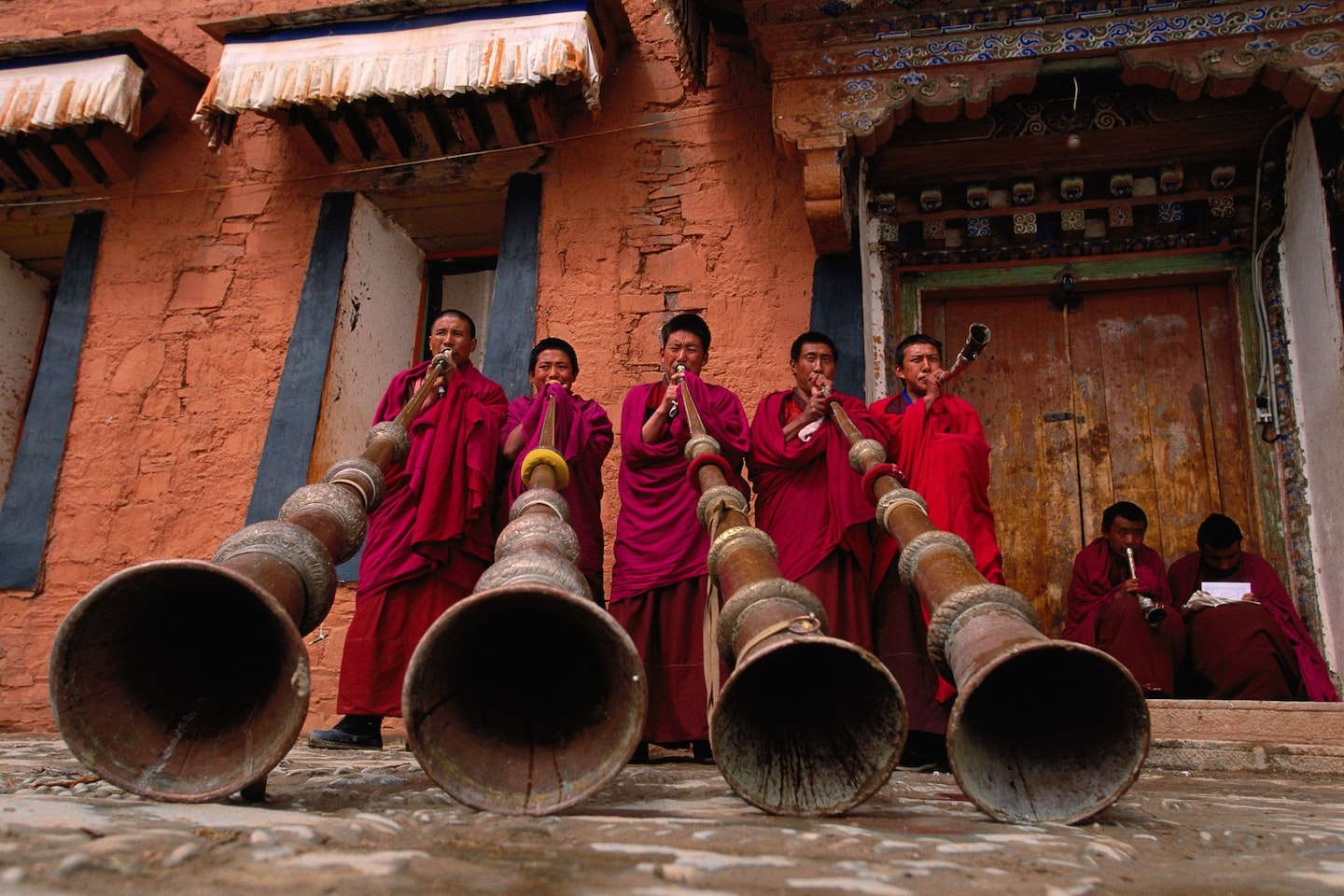 Nature, adventure, village life and farming traditions are key elements for Songtsam, whose facilities are set amidst breathtaking natural landscapes, in close proximity to small local communities and numerous sites which unique biodiversity has been recognized as world heritage by UNESCO.  More than 90% of the staff in Songtsam hotels are villagers. They are the true guardians of the local culture, and working with them means not only contributing to the economic prosperity of the area, but also offering guests a genuine Tibetan hospitality. "Rather than following protocols of star-rated hotels, they serve guests according to their own beliefs and affinity for others. I believe such relationships can touch the soul”, says Baima. Indeed, it is largely thanks to them that Songtsam properties have become a unique model of hospitality for the entire region. The group now has twelve boutique hotels, with many more in the pipeline in Yunnan and other remote areas of Tibet and Sichuan. The interiors, for which only local materials, techniques and labor were used, are at one with the surrounding natural environment: Songtsam wants to be, to all intents and purposes, a Journey, rather than a destination. Accompanying guests on this journey means guiding them through Tibetan culture, through direct encounters with craftsmen, monks, farmers, men and women of all ages.

“I want to share Tibetan culture with as many people as possible and inspire people from every ethnic group to better understand each other,” Baima said.

We’re all essentially a family living under the same roof, so we should work to live more harmoniously together. 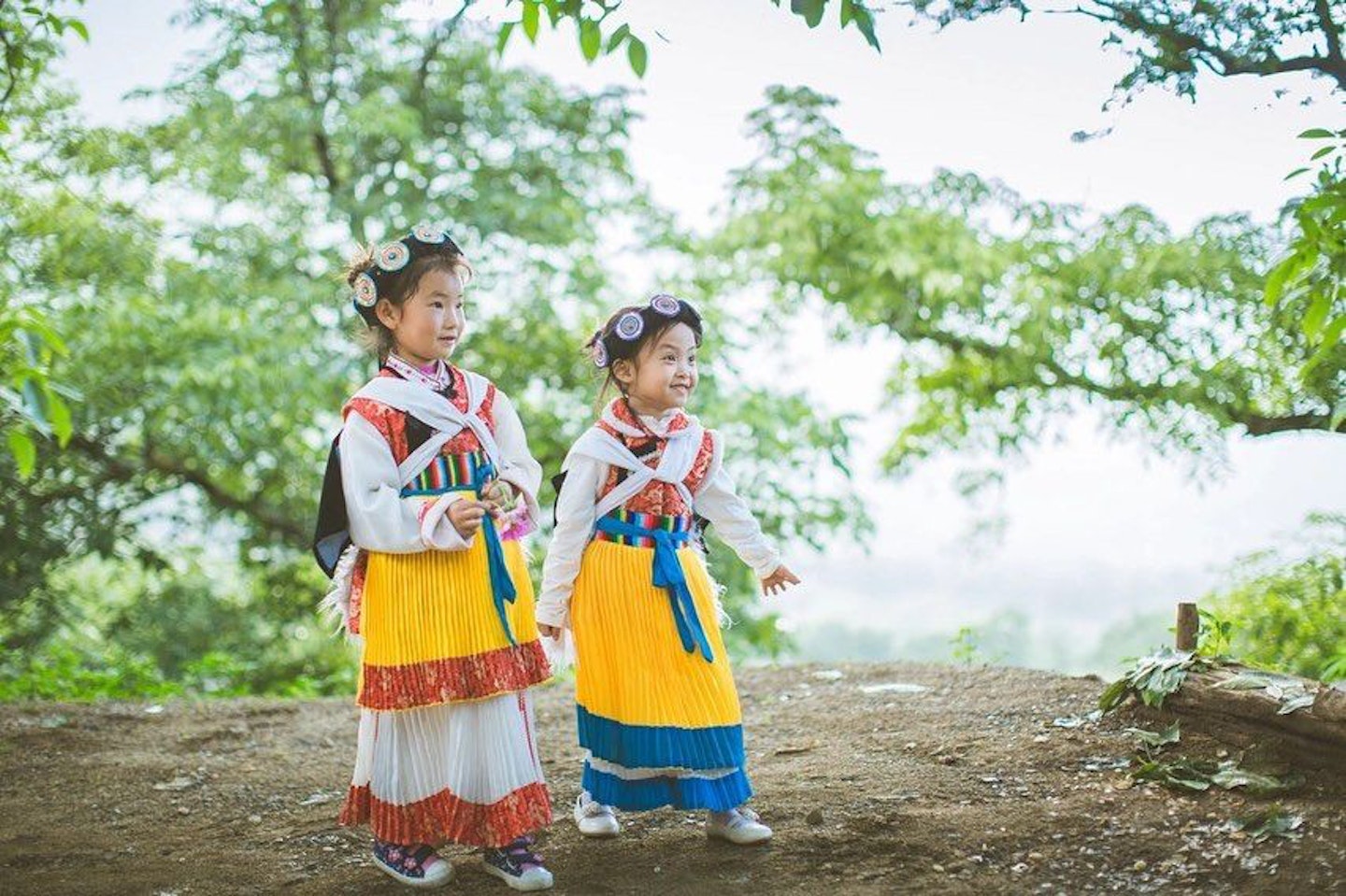 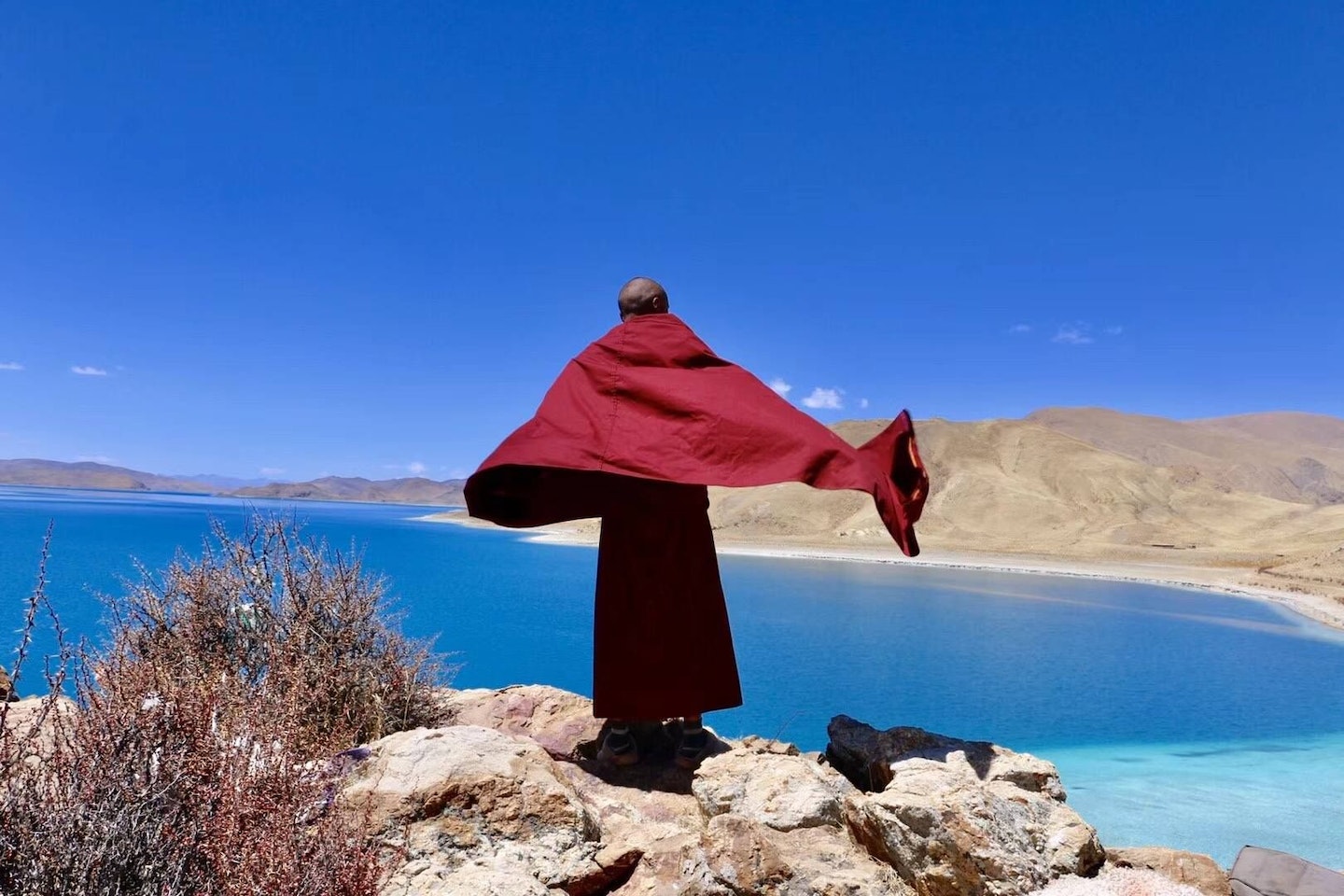 Meditation sessions, yoga and traditional physiotherapy, spiritual walks, Tibetan medicated-baths and royal dietary therapies are just some of the activities offered by Songtsam. In fact, according to the local culture, when the body is given the chance to transform itself, it activates its own healing abilities and regains its natural balance. Everyone seems to benefit from the Songtsam project - both travellers and local communities, who can count on new economic support for their craft, agricultural and monastic activities, while at the same time becoming major players in the dissemination and preservation of their own culture. "A piece of Shangri-La is in everyone's heart," says Baima. "It is selfless and soul-stirring." Through Songtsam, we may now have a privileged access door to the most beautiful of all journeys, the one Within.

Baima Duoji is the Founder of Songtsam hotels, a preferred partner of Earthtones. Contact us to start planning your trip to Tibet and Yunnan! 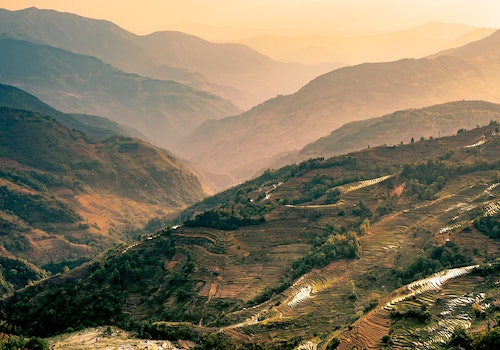